Warning: Use of undefined constant _e - assumed '_e' (this will throw an Error in a future version of PHP) in /home/customer/www/letslaze.com/public_html/wp-content/themes/letslaze/templates/content-single.php on line 11
Ways to Laze this Easter!

Aside from lavish feasts of food and chocolate (mainly chocolate), Easter is a time for families to unwind a little. A couple of bank holidays, end of term at schools across the UK, the time for fun is certainly now. But what if you’re a little stuck for things to do over the weekend? How will I go back into work next week with nothing to show from my weekend of ‘family fun’?

Well worry not, because here at LetsLaze we’ve got you covered. Obviously!

So why not try some of these on for size: 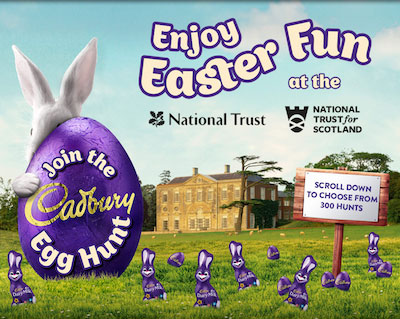 How much: £2+, plus National Trust admission charges apply.

Ah, the traditional Cadbury’s egg hunt. In case you haven’t been keeping up with the news these last couple of weeks, you’ll have seen that there’s been quite a lot of fuss in the house of commons (seriously) about Cadbury’s dropping the word ‘easter’ from their promotional campaign this year. Firstly, that’s incorrect (see below promotional pic). Secondly, wouldn’t you think they’d have more pressing matters to be dealing with – you know, what with the whole Brexit thing? Never mind.

Anyway, Cadbury’s are running over 300 hunts this year in various locations across the country. Who can resist a chocolate hunt? 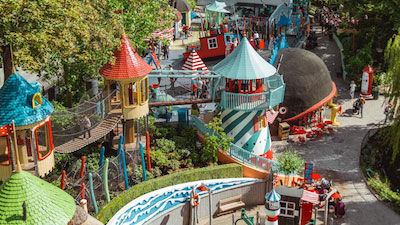 Where: Various cities across Europe

When: Throughout Easter weekend

For the family of travellers, Easter represents a nice opportunity for a long weekend away. Websites like HolidayPirates can source deals to a variety of hotspots for a fraction of the usual price. Keep a keen eye on it though as these deals often sell quite quickly.

As far as family breaks go, we’d recommend Copenhagen. As you can see from the above photo there’s plenty for the kids to do, including the two oldest amusement parks in the world! 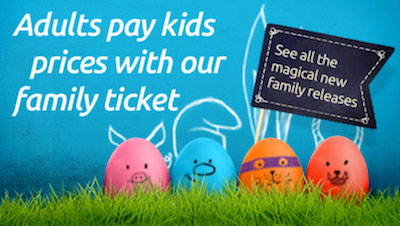 Where: Participating ODEON cinemas across the UK

When: All year long

For families working on a smaller budget (or ones who don’t fancy an all-out holiday), ODEON are offering a fantastic deal on cinema tickets. As it says on their site, simply select ‘family ticket’ when booking your film and everybody (including adults) pay kids prices, it’s that simple!

We think this lot should be enough to keep you going for the weekend, no? Wherever you decide to go, make sure to take an inflatable sofa on your adventures and take plenty of snaps!

Perfect For All Surfaces

Sand, rock, grass, water – no surface is too much!

A Few Words from Our Happy Customers

"Hi there. Loving the LetsLaze now I know how to do it. Been in Spain for 3 weeks and used it every day. Used it in the sea, in the pool too!! I've shared a couple of pics on your Facebook page. PS. No one on the beach has one in Spain so I'm a trendsetter!!"

"I bought a few primarily to use as seating for workshops I run at festivals - but they were delivered so quickly I couldn't resist taking them on holiday - brilliant!! There is a bit of a knack to inflating them but just do as they do on the video (a light breeze makes it even easier!) They were great fun in the pool and the sea (used responsibly in the tide) and saved loads of money on beach sun bed hire. Really light and easy to pack - delighted all round!!"

"All the family love them. Great for the beach and so portable. My kids even use them in the house. Great service from this company and fast delivery. Everyone is asking me were I got them."

"Fab product! Excellent customer service! We got ours a day earlier than promised. Jason kept in touch to confirm delivery etc. I've just ordered another one :) We used it at Scarborough in the glorious sunshine and it got lots of admirers...."

Kim Lockwood Humphreys
100 out of 5